First of all, apologies for the lack of posts this week. I took a few days to finish reading a couple of books (I generally have two to four on the go at once) and to prep all the figures I purchased at Colours. I have, however, spent the past two days painting (and this morning varnishing) these chaps: 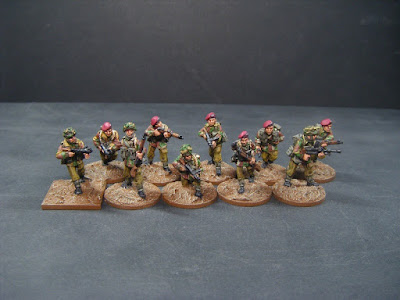 I was trying a couple of different colours for the Denison base and the new scheme, also seeing which wash would be best - Soft Tone or Strong Tone. The experiment has confirmed a few choices and ruled out others.

The left-hand figures had Strong Tone wash over uniforms, webbing and helmets; the right-hand figures got a Soft Tone wash. That was followed by highlighting. Most of the remaining items painted and highlighted without any wash.

Looking at the Denison base colours: 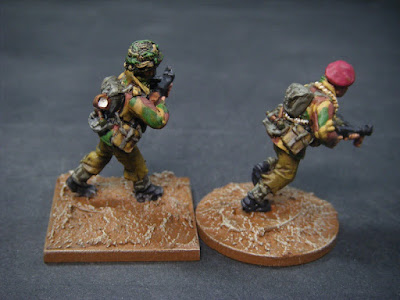 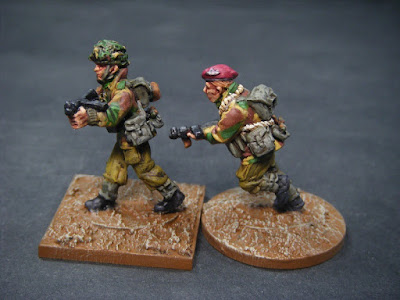 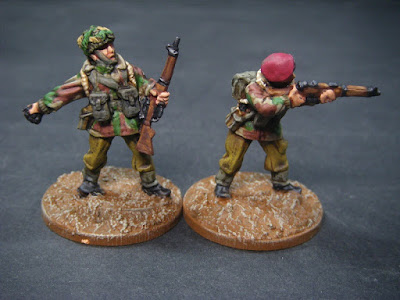 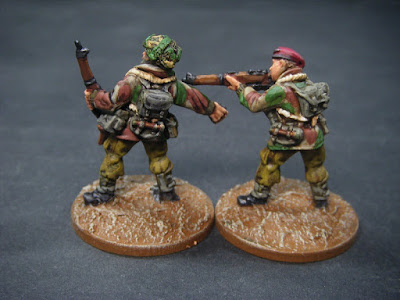 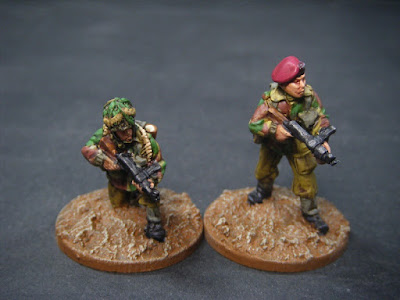 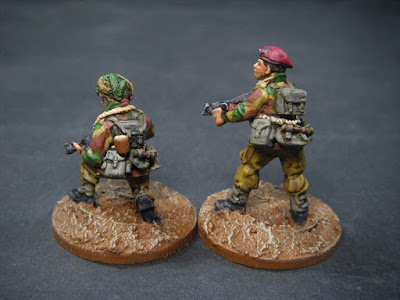 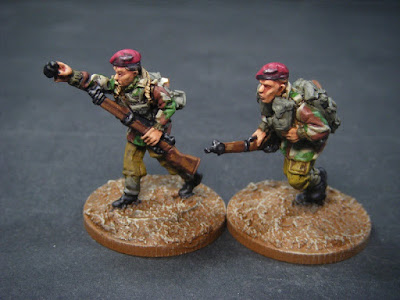 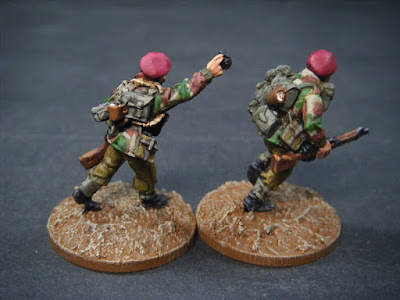 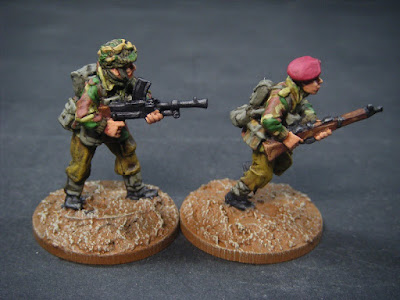 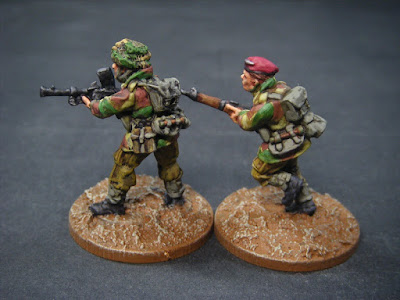 I think that the German Cam Orange Ochre and German Cam. Beige are the best colours for the Denison base. The brown patches are spot on; the green patches and helmet scrim are a bit too bright as is the green I've used for the scarf. For the scarf I'll go back to using the same colour as for the cuffs.

The trousers have come out a little bit too yellow-green - I think that might have been due to me dry-brushing too heavily. I'll try a different colour and a lighter dry-brush with the original for the next batch I paint. I might also try a darker base and dry-brush with un-darkened base.

The webbing and water bottle colours are just right. The highlight colour on the berets is good, but the shade colour needs to be a touch darker.

I am tempted to go over the wood of the weapons with a wash/glaze like I did with my Australians.

The dry-brush colour on the base texture isn't right - I'll probably switch that to tan earth.

I'll carry on with this scheme (apart from the trousers) for the rest of the Warlord Games figures, but just using the first two Denison base colours and Soft Tone wash.

Once they are done, I will switch projects for a quick break - I think I'll paint the Choson Korean rocket artillery next, then maybe some Aussies.
Posted by TamsinP at 13:30