More pics on Flickr
I've finally uploaded the photos from Monday's game of Ironclads to Flickr, but here are a few teaser pics: 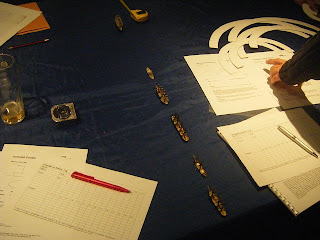 The RN at the start of the game. I have command of the frigate Phoebe ahead of the line, and the Defence bringing up the rear. 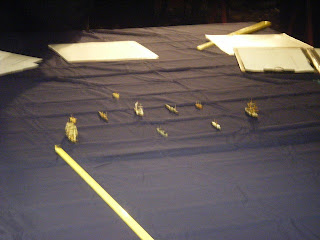 The French invasion fleet at the start of the game 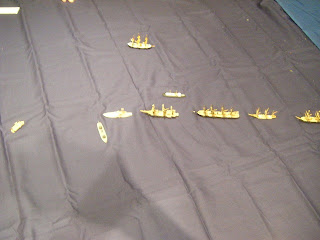 The big ships of the RN make contact with the French 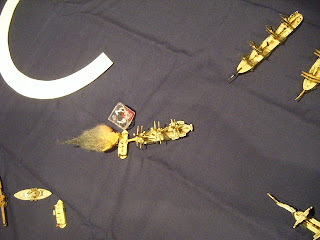 This contact was accidental as our admiral forgot the burning battery was not moving and turned into it. The battery was sunk by its second ramming, but the RN ship was entangled and got taken down to the deeps as well. 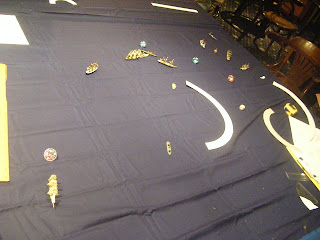 Ship positions at the end of the game
The rules we use at CLWC are written by one of our members, Alan. They are quite quick to pick up, and make for a relatively fast game, even with multiple players each controlling multiple ships. On Monday we had 8 players plus the umpire, with something like 18 ships all told (there might have been more if the game had continued as the French invasion fleet were due to have reinforcement ships coming on table).
Posted by TamsinP at 20:57