Paint Table Saturday - AHPC X Is Upon Us 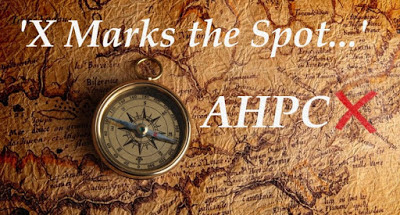 Well, in three weeks' time the tenth edition of the Analogue Hobbies Painting Challenge will kick off and an intrepid band of 68 fools figure painters will retire to their workbenches, pick up their brushes, load their palettes, accidentally drink from their brush water mugs, and finally emerge at the end of March.

This year, in amongst working through my leadpile to get to my 1300 points target, I will be one of the Full Minions again. I've been assigned Friday as my duty day but this year it's "free fire" for submissions rather than victims entrants having assigned days.

Now, you might have spotted that my target of 1300 points is much lower than my typical output from previous Challenge editions, particularly last year when I achieved nearly 3500 points. That is because I will be largely focusing on character figures this year, rather than armies.

What do I have lined up for painting this time?

10mm Lizardmen - for James' charity project
15mm SYW Russians - there will be a small contingent of additions for this mega army
15mm SciFi - there may be some more Kra'Vak
28mm Pulp/Gangsters - I've got quite a few figures (including civvies) still left from last year
"28mm" Strontium Dog - some more figures for this project have come (or are coming) my way
28mm Barbarian Horde - a mixed foot and mounted warband for Dragon Rampant; lots of bare flesh, furs, leather and steel
28mm WW2 - there should be a small group of British Airborne hitting the ground
"28mm" Mega City One - errmm, yes, I did succumb and purchase the new Judge Dredd game from Warlord; my order arrived this afternoon: 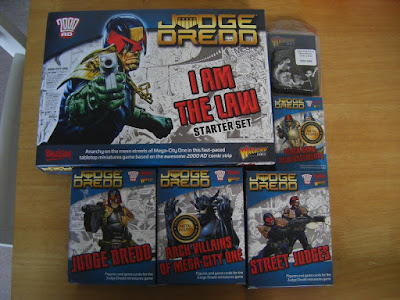 I have opened up the packs and the figures are very nice indeed. Some of the packs are metal, but most are in Warlord's new resin. There may be some additional purchases made before (the two packs I didn't order) and during the Challenge (the second wave which will be released in January).

And now, the Workbench: 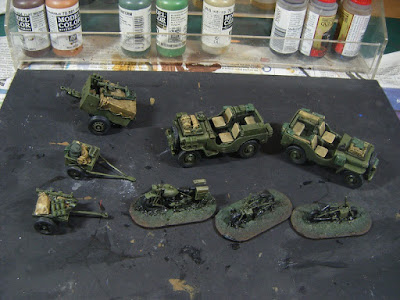 I've made progress but they aren't quite finished. That's mainly the result of my flat being horribly cold at the moment - my boiler broke down on Sunday night and the engineer who was meant to come on Thursday went to the wrong house and naffed off - I've got another booked to come tomorrow morning. However, I suspect that the pump he will need won't be on his van so it will be a few more days until I get central heating and hot water back.