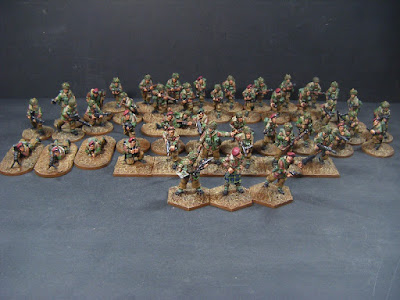 And the third batch are finished, at last. This project is rapidly approaching its end (until I buy a load of armed jeeps for the Recce Troop...).

The figures are a mix of Artizan, Crusader and Foundry. 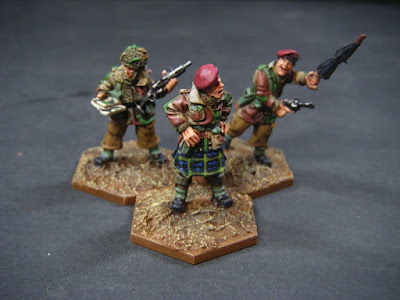 The chappie in the kilt is meant to represent either Captain James Ogilvie or Lieutenant David Strathern of the Glider Pilot Regiment, both of whom flew in wearing their kilts. 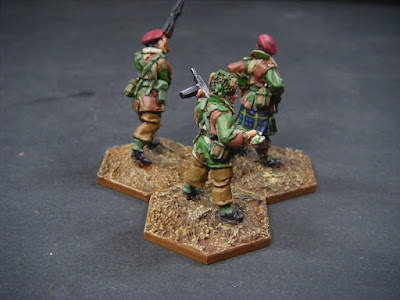 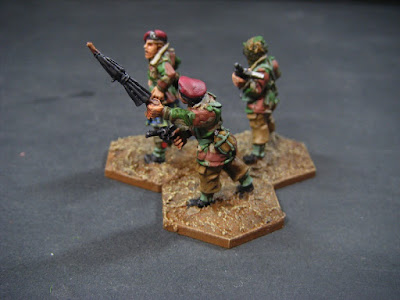 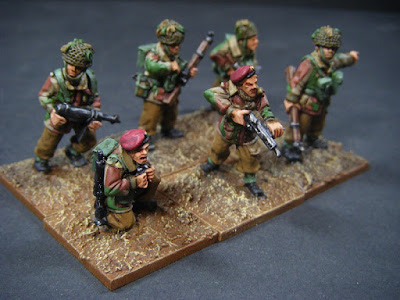 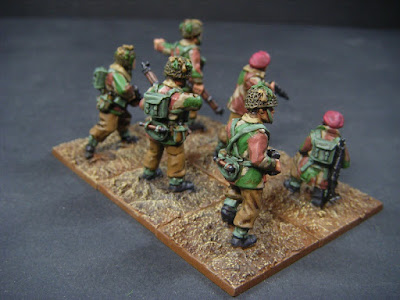 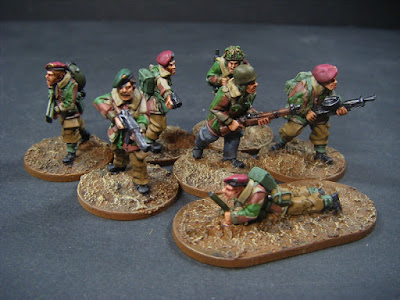 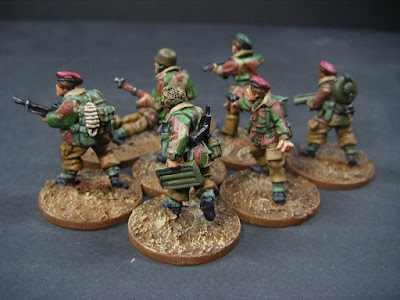 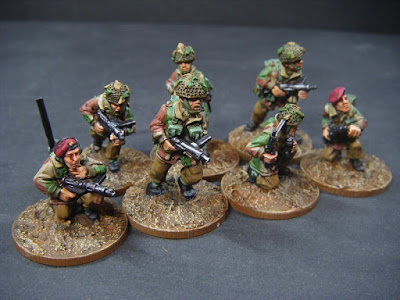 The radio operator will be a forward observer. 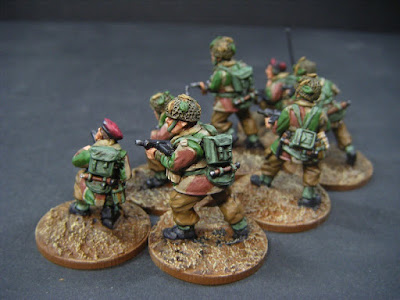 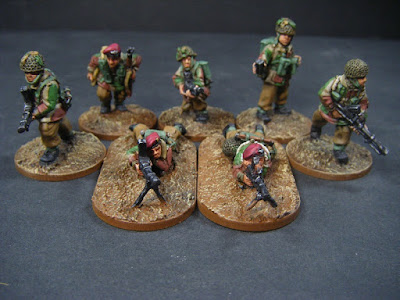 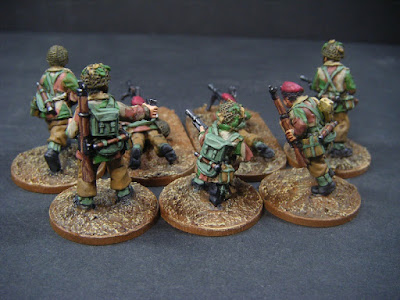 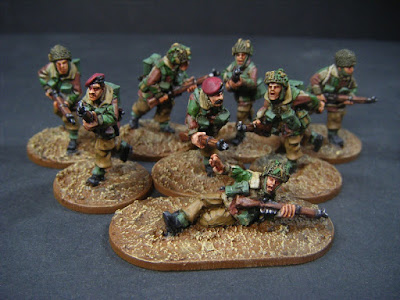 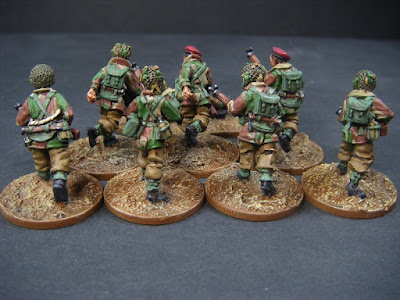 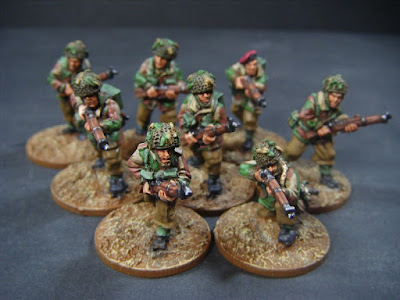 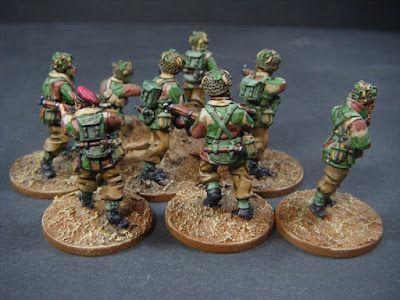 While I had the airbrush station set up for the varnishing, I took the opportunity to prime a few bits and to put down the base colours on the jeeps, trailers etc: 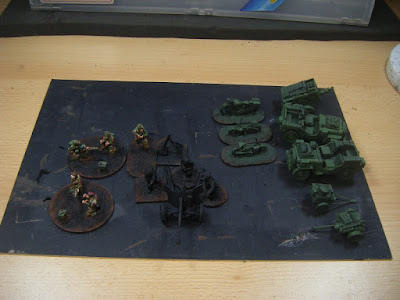 That green might* look rather bright right now, but with some drybrushing, washes and a filter it will look right in the end (trust me - I've done it before!).

Tomorrow I will start painting the (for now) final foot figures for this project. 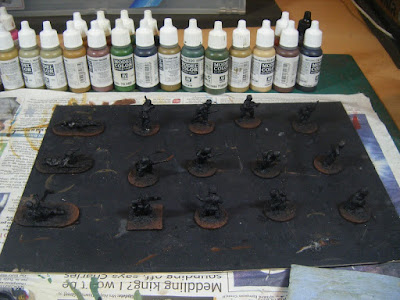 When they are finished I've got eight** vehicle crew figures to paint and then the vehicles, 3" mortar and 6 pounder.

* OK, it does
** I have another six crew figures but need to add weapons and packs to them.