I've had quite a relaxed-but-busy day. This morning I headed into central London to pick up some sheets of latex foam - more on that later. As I was nearby, I thought I'd pop into Orcs Nest then realised they don't open until 11am. Oh well, a quick coffee and croissant, then on to Foyles for a browse while killing half-an-hour or so. Books may have been purchased...

I got to Orcs Nest just as they were opening and made a couple of purchases, then headed home. About 10 minutes after I'd got back and unpacked my goodies, the doorbell rang - a parcel of goodies for me. 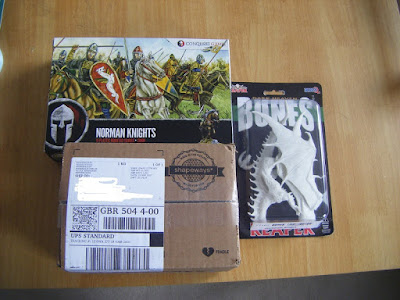 The Norman Knights are the start of a planned winter project - a 28mm army for ADLG. As for the dragon, well, it's a dragon! Why not?

There was another book (Alfred Bester's "The Demolished Man") but that wasn't wargames related so I didn't include it in this pic: 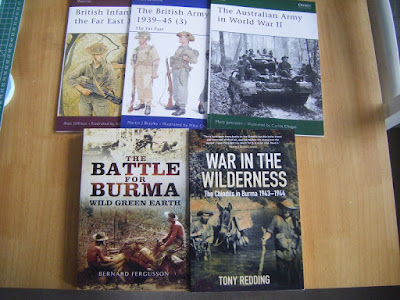 What inspired me to buy these? Well, I had been thinking about what else I could use my jungle terrain for and came to the conclusion that Burma and the South Pacific campaigns of WW2 would be interesting to do.

Ahh, but what's in that box? Well, I'm sure you can make out the branding and will relaise that it's from Shapeways so it must be the TIE fighters I ordered at the weekend. Here are some close-ups:

I finished painting the grenadiers yesterday and brushed on a coat of matt varnish last night. Today I did touch-ups where appropriate with gloss and satin varnish. Once that had dried I popped them off the sticks, sorted them into groups of six and glued them onto their bases: 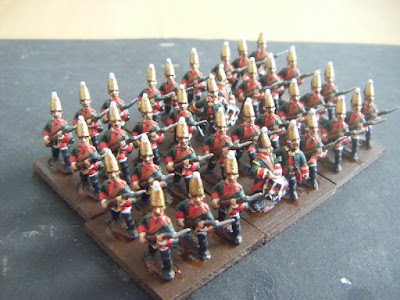 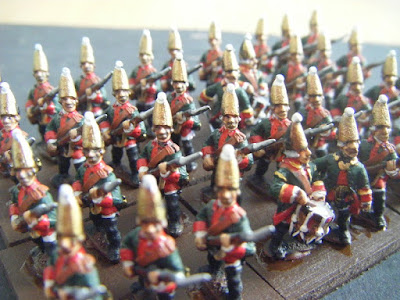 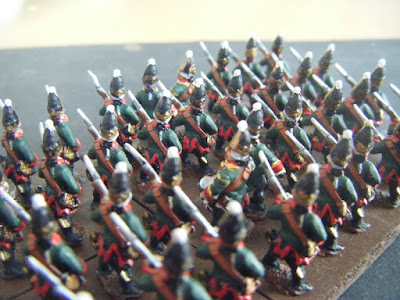 I'll be adding the basing gunk and flocking when I've finished the dragoons. Speaking of which, last night I started on them, getting the basecoats and washes done on the horses. Today I've added the black bits to the bays, done the face and leg markings and painted the tack: 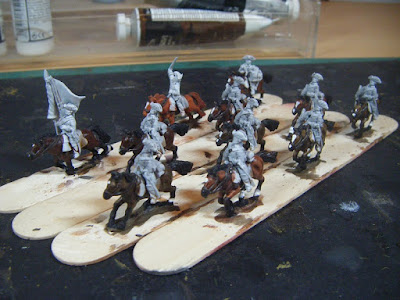 Tomorrow I'll start work on the riders. I should be able to get a decent way through them and finish them on Friday.

On top of all of that I've also done some terrain-y stuff today. First port of call was cutting the latex foam into suitably sized shapes for ADLG terrain markers that are light and easy to transport to the club. I particularly needed some rectangular* pieces for fields, plantations and villages, but also decided to do make some small lakes and forests. And a few road sections. 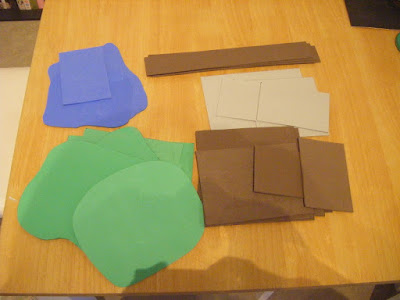 *the rules require those to be rectangular - before today, none of mine were!


Tomorrow I really will write up those AARs in between bouts of painting.
Posted by TamsinP at 23:40