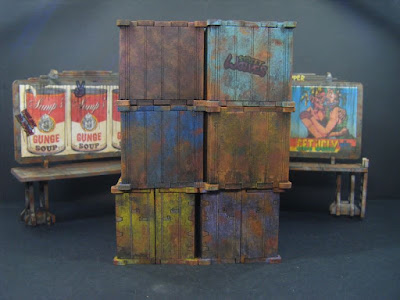 After a couple of days of painting, weathering, adding decals (accompanied by a little swearing - see later comments) and more weathering I have finished this bunch of terrain for Judge Dredd games.

The billboards and containers are MDF kits from TT combat. 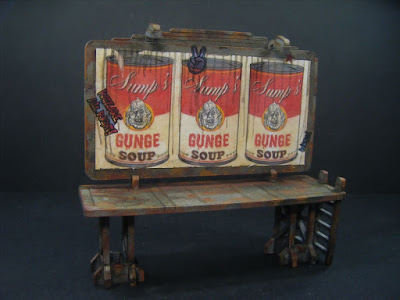 The billboard posters were made up from images I found on the web and then resized in Word to fit the poster area. 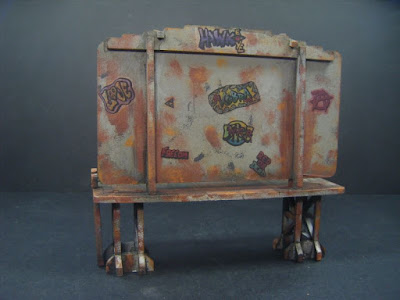 These graffiti decals were from Debris of War. I probably should have used a few more applications of MicroSol to blend the clear edging in a bit more (it's not so obvious here, but it is on a couple of the containers). 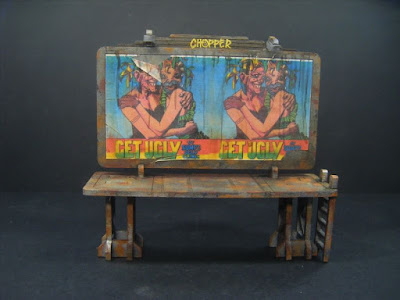 For this billboard I used a couple of the Warlord decals and also tried some that I'd made myself - it was with my own that the swearing was involved. After printing out a sheet, letting the ink dry and then applying a thin coat of liquid decal medium (there was also swearing involved at this point when I found that it needed to be thinned to go through the airbrush. And then found that anything with water in was not the right solvent for it [it forms a gloopy gunge]. Luckily I had some 99% isopropyl alcohol which did the trick. Once I'd spent several minutes cleaning the gunge out of the airbrush) and letting it dry overnight, I cut the sheet into smaller sections and then took one of those and cut the decals out, soaked them and tried applying them.

It was when they started to disintegrate in the water (or while i was applying them) that I realised I had forgotten that they need a second thick coat of liquid decal medium. I've now gone back and applied that to the remaining sections. 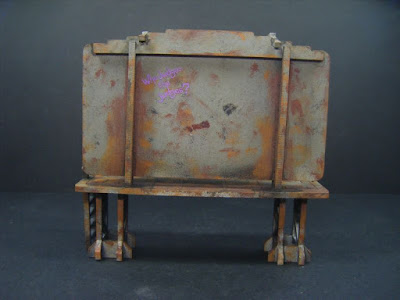 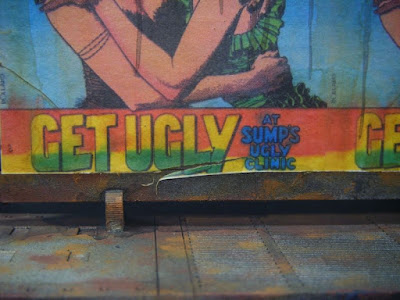 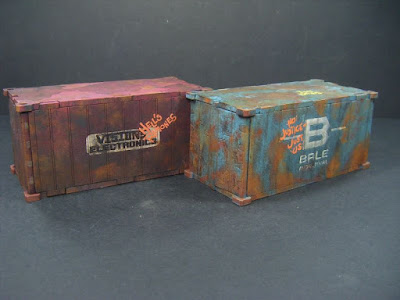 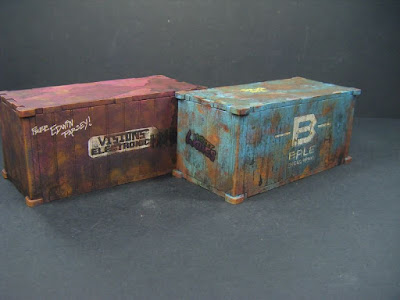 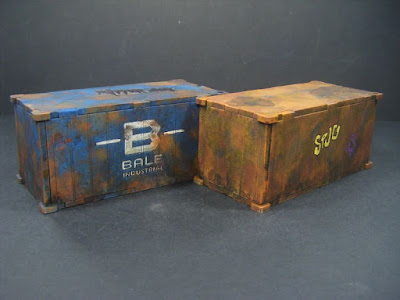 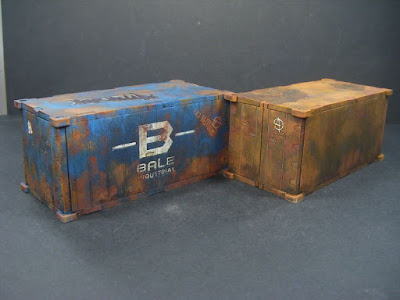 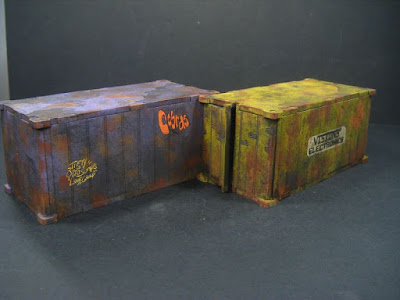 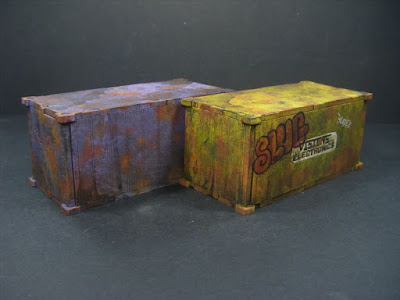 I also spent a few hours yesterday cleaning up, washing and drying the resin pieces I had from TT Combat and Antenociti's Workshop. Mostly they were fine, but the taxi models had huge lumps of excess resin underneath which took a couple of hours to grind down.


Over the next couple of days, my plan is to work on these: 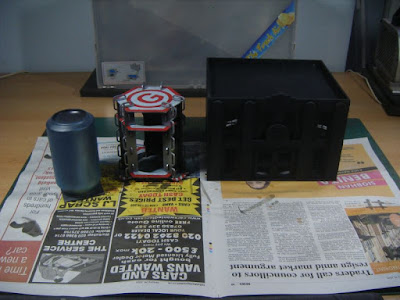 The grav-pad tower is almost done - it just needs a gloss coat, black-lining in the recesses and then final varnish coats before I glue the can in and stick them on a base. The building is the TT Combat police station which I assembled a couple of years ago but never got around to painting.