Since posting the pics of Adonis with his mates, I realised that the colour schemes looked quite different. Yesterday I went back and did a little bit of work with the airbrush to tone down the green on Ace and demon and to brighten the green on Asp. Once I was happy with the look I "dusted" them with a light brown. They now look much closer to Adonis, but still with subtle differences. 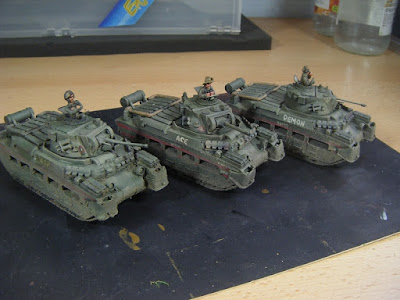 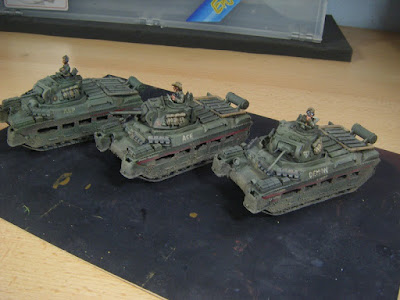 With that done, I decided it was high time to start work on the SYW Russians. I did a little bit yesterday and continued today. 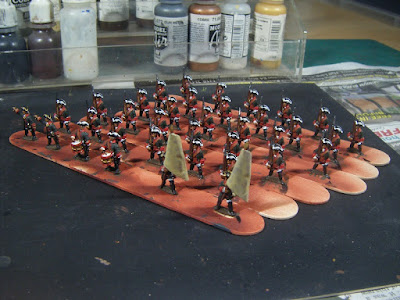 They just need touching up, highlighting and some detailing. I'll be leaving the standards unpainted until all of the units are finished, then do them in one session.


I've also been having a rethink on the Paras' painting scheme. I made a bit of a mistake with the WW2 Aussies, doing more highlighting steps than was absolutely necessary. So I am tempted to go with a much simpler base coat, wash and some highlights. I might also do some zenithal highlights over the black primer.
Posted by TamsinP at 23:02