Life and not having any pics to show are the reason I haven't posted here for over a week. Over on the Challenge blog, a couple of people had asked me to post some group shots of the SYW Russians that I'd painted up this winter. I posted them on the Challenge blog, but as I know not everyone wants to pop over there I'm going to post them here as well: 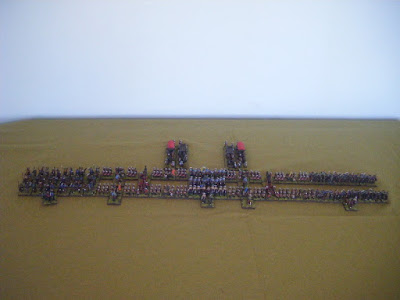 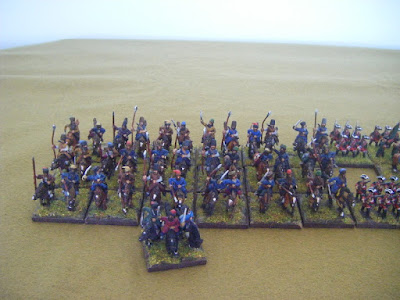 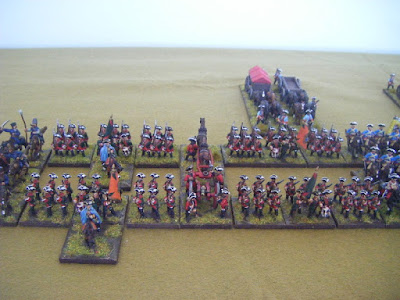 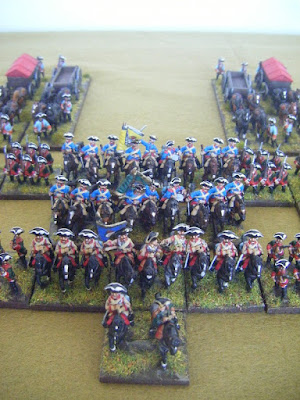 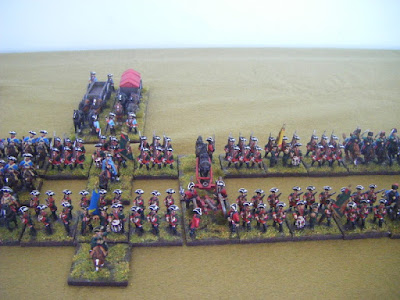 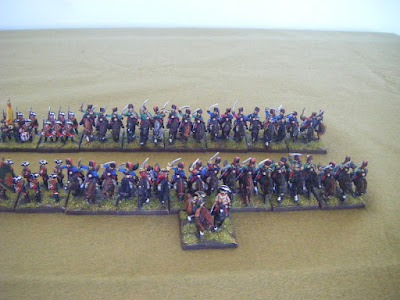 The army so far: 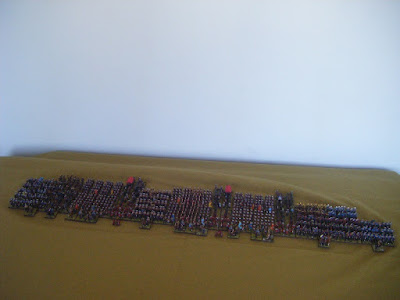 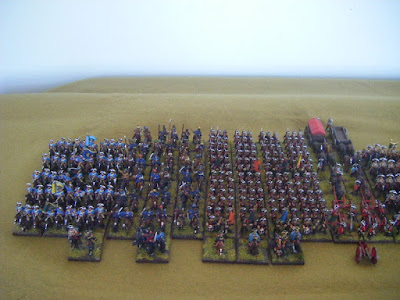 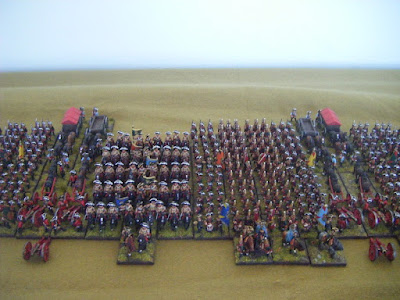 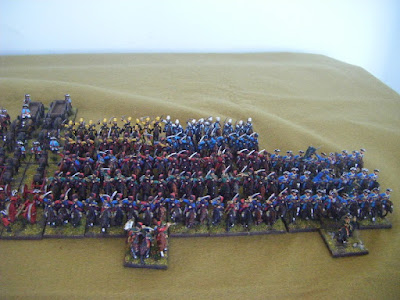 Formed up in two lines, with the cavalry on the wings, I'm pretty sure that the army so far would be enough to cover about 8-10 foot of table-top.

It isn't complete yet. There are another thirteen line infantry regiments to be painted, Shuvalov's Corps of Observation, more Cossacks and artillery. Plus the regiments that didn't get to participate in the SYW and the various militia units if I decide to do a "what if?" campaign against the Swedes, Ottomans or perhaps even the Prussians - who's to say that Fred wouldn't have pushed East if given the chance?

As for Parsley, that's my Curtgeld submission which has just been posted: linky-link. It's probably my final entry of the Challenge.
Posted by TamsinP at 20:49