Before sitting down to finish the infantry this evening, I added gunk to the generals' bases. There's a good reason for that which I'll explain later on: 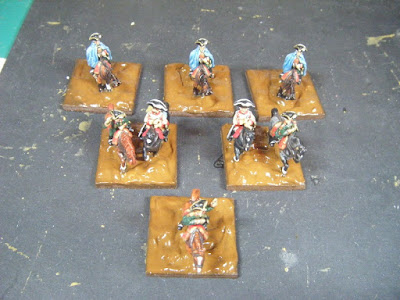 I then cracked on and finished the infantry. Fortunately there wasn't a great deal to do - the flags and some final touch-ups: 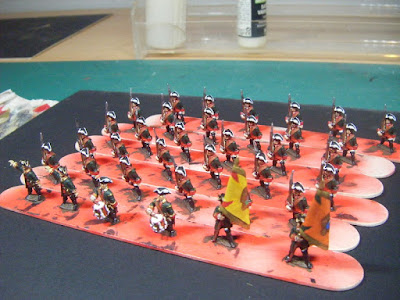 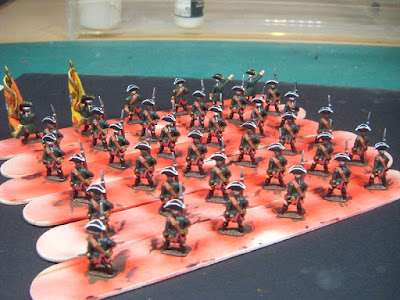 I'll be varnishing them shortly. Later on tonight I'll get them stuck down on bases and if there's time once the superglue has dried I'll add the basing gunk. Otherwise, that will have to be added tomorrow morning.


Now, the explanation for why I added gunk to the generals' bases this evening is to ensure that I can submit something for Monday, as I might not get the infantry finished in time.

You see, the reason I was going down to Sussex this weekend was to visit my dad who had just come out of hospital. Unfortunately when I got home this evening I had a call from my sister who had just got back from work (she's staying with him while her house has it's electrics redone) and found that he had died at some point after she left for work. So now I'm going down to be together with my sister and brother.

It wasn't unexpected - he was treated for bladder cancer last year (the hospitalisation this week was for the follow-up to see if the surgery and chemo had got everything. It hadn't). He was also waiting for some heart valve surgery. Although we spoke on the phone a couple of times a week, the last time I saw him in person was at Christmas.

Of course, over the next few weeks I expect to be otherwise occupied, so these Russians might be my last entries in the Challenge. There's no internet at my dad's house, so I'll be incommunicado for a few days.